Our reputation is built on our comprehensive product range and the excellent service offered by our customer care team. The AA Labels name is not just seen as a guarantee of quality. 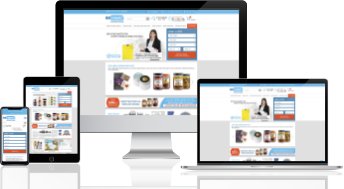 As Hairy Biker Dave Myers Rides out of Strictly, We Pay Him a Fitting Tribute

December is creeping up on us again. The weather is getting colder, the nights are getting darker, and Christmas is just around the corner. Some baa humbugs might claim to hate this time of year (and who could blame them, really), but we have to admit that Saturday nights during the winter months have become a bit of a guilty pleasure, with the arrival of those somewhat addictive prime time TV shows, Strictly Come Dancing and The X-Factor.

The 11th series of Strictly kicked off back in September. We all wondered who’d hit the great highs (the ultimate perfection like Kimberley and Pasha in series 10 with their Tango), and who we’d be laughing at with their extreme lows (Nancy and Anton with their Waltz, and the infamous wardrobe malfunction with her dress, leaving them with a score of just 1 from Craig and a score of 12 overall). We all have our favourites though and we were disappointed when Dave Myers, from the Hairy Bikers, was voted off at week 7 with his Scottish inspired Tango not being quite good enough to wow the public.

We felt for Dave, who this series has been caught up in a public row as to whether Strictly is a dance competition, or just light entertainment. With comments from the judges including “that was like a Cumberland sausage chasing the mustard” and “I wish there was some jive to judge”, it’s a surprise Dave wasn’t voted off earlier, but the public warmed to his charm and wit. If you could guarantee anything, it was that Dave would provide a whole host of Saturday night entertainment.

We thoroughly enjoyed his performances week on week, and we especially love his version of the Cha Cha to “Moves Like Jagger” – see it here:

We weren’t the only ones, with the dance video reaching over 57,000 views on Youtube (their most popular video). And with comments such as “Dave is what Strictly is all about”, and “Simply awesome Dave, what a legend” we think his departure from the show was nothing short of too early.

But for us, it doesn’t end here – what better way to celebrate Dave’s time on Strictly Come Dancing by paying tribute to his performance in a way that he can be reminded, day in, day out while on his favoured mode of transport – the motorcycle?

That’s exactly what we thought when we commissioned a caricature that we could print on to our own sticky labels for the top boxes of their motorbikes. The caricature shows Dave dragging his Biker friend, Si King, by the leg as seen in his ‘Cha Cha’ with dance partner Karen Hauer.

Below is how the label design started: 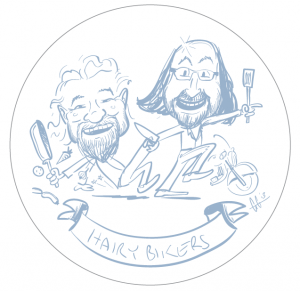 Here it is with more detail: 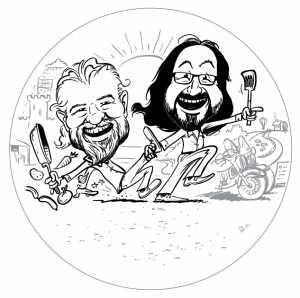 The next stage of illustration before colour has been added[/caption] 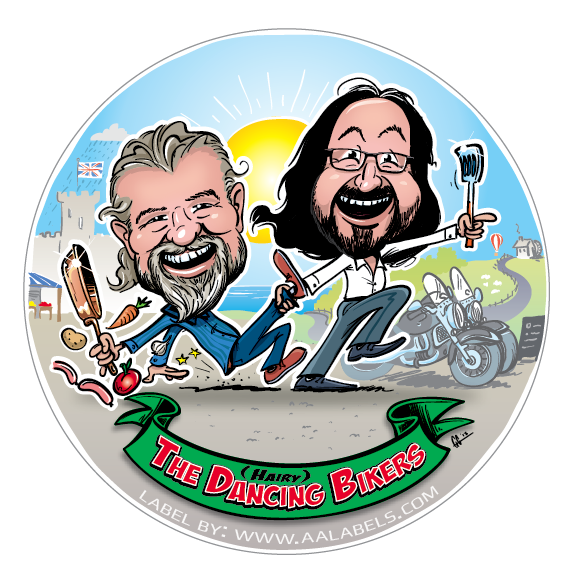 The caricature shows Dave Myers doing one of his most memorable moves from Strictly Come Dancing. This time though he’s dancing with his friend, Si King. Illustration by Greg Clifton[/caption]

And finally, here are the printed labels: 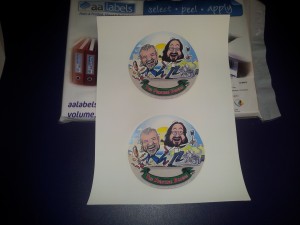 These are the finished labels – ready for Dave and Si to stick on their motorbikes’ top boxes! Note: The adhesive labels are made from polyethylene and so are waterproof and suitable for outdoor use – on motorbikes for instance :-)[/caption]

Here’s hoping we can add one more photo of the stickers on The Hairy Bikers top boxes.

We can design and print adhesive labels for almost any use, but having printed labels for bikers before, we wanted to give Dave a parting gift and a lasting reminder of his time in the competition. It seemed like the perfect end to his journey – we hope he likes it and it brings back fond memories!

As for us, we will be tuning in this Saturday to watch the remaining contestants battle it out to win the final show. And Dave – as Bruce Forsyth likes to say, “keeeeeeeeeep dancing”!

CUSTOMER CARE
We take pride in our service standards

We take pride in our service standards for all our online label orders. Our reputation for service is built on our comprehensive product range and order fulfilment times, along with the combined experience and knowledge of our customer care team. If you need assistance or help regarding the most suitable choice of label for your application, please contact our customer care team, via the live-chat facility on the page, our website contact form, telephone, or email and they will be happy to discuss your requirements.